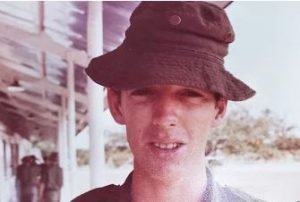 This is the personal account of Private Sean Arthur’s experience as a Rifleman at RCB in 5 Platoon, Bravo Company 1st Battalion, the Royal Australian Regiment (RAR) in 1977.

“It’s kind of strange to think that an important and significant part of your own personal military history is based upon a lie.

It’s not my personal lie, it’s way bigger than anything I could come up with myself. This lie encompasses 50 years and involves every single government that Australia has had in that time. Even more astounding is the fact that the lie was openly discussed in government and military circles at the very beginning and that the real information is pretty much available for anyone to read today. The lie is part of Australia’s strategic and political history and the only ones directly affected by it today are the nine thousand Australian servicemen who participated in the Second Malayan Emergency against communist insurgents from 1972 to 1989.

Ours was not an actual shooting war, but our involvement was essential to keeping the insurgency down to a manageable level. If we had not been there protecting essential military aircraft, personal and other military assets the chances were almost certain that the Butterworth Airbase in Northern Malaysia would have been an irresistible target for the insurgents. If the airbase had been attacked, even once, and lives or materiel destroyed it would have had an incalculable effect to the security of Australia. It would also have given new life to the defunct geopolitical “domino theory” of the 1960s. The domino theory was the deep-rooted concept that every country in Southeast Asia would topple towards communism unless the West involved themselves more significantly in that hemisphere militarily.

JOIN THE ACTION
Become A Supporter