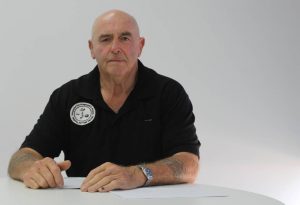 It comes after army veteran Bob Bak said the government had incorrectly labelled the military service of almost 9000 men during an overseas operation.
When Bob Bak was sent to Malaysia with the Australian Army Rifle Company in the 70s, he was told the purpose of the operation was for training.
But, reports containing details the operation at RAAF Butterworth Air Base between 1970 and 1989, have since revealed this was inaccurate.
As a result, veterans say they have been stripped of a deserved “war-like service” recognition and its associated entitlements. They have since called for a public inquiry into the matter.
Despite these claims, the Department of Defence last week said Australian Defence Force service at Butterworth had been examined across several independent reviews, that found it to be peace-time service.
“Defence has responded to a number of claims for reclassification of Rifle Company Butterworth service,” a statement read.
“These claims were investigated through extensive research of available records … and found personnel were not engaged in duty relating to warlike operations.”
A department spokesperson said the role of the company was to provide a ground presence, to conduct training and to assist, if required, in the protection of assets.
“Unless authorised, (the company) was not to be involved in local civil disturbances or … security operations outside (base),” the spokesperson said.
Related: Former soldier Bob Bak calls for ‘true’ service recognition

Our rebuttal of Defence statements made by the then Minister Stuart Robert and his staff at the House of Representatives Petition Committee in 2014 can be seen here
RCB Group Comments Rebuttal of 0ct 29 Ministers Statement to Petitions Hearing RCF
The Government did not respond to that document
Following that, two letters were sent to PM Turnbull seeking his personal intervention and if declined then to appoint an independent (of Government)  inquiry. Neither was  given.
We re-presented  all of the entire evidence  discovered after 2011 to the Defence Department for their consideration. We challenged their response that there was no new evidence since 2011.   Another deception
In our submissions we asked to meet with the Ministers’ officers to discuss  the new evidence supporting our claim. We are still waiting.
Now that the MPs are this week back in their electorates it is a good time to visit them. We expect that the Defence Department will have prepared a letter for the MPs to respond to the letters we sent to  all the MPs and Senators.  Send us a copy of their letter please so we can guide your reply.
Robert Cross