You are here: Home / ADF / Future officers need to ‘correct’ the direction the military is heading: Army Vet Justin Huggett 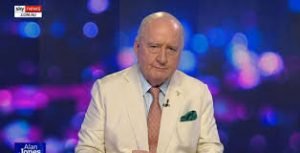 “I genuinely hope for the future enlisted men – especially in the army and in the infantry that those really good young officers that I had the pleasure of serving under and working for – I hope they hang around because they’re going to be the ones that need to correct the direction that the military is going in,” he told Sky News host Alan Jones.

“We have a great deal of sympathy for the young enlisted men and women of the Airforce, the Army and the Navy. “I wouldn’t last five minutes in the army now – I’d be that old salt that’d be pushed out to the side because I don’t operate the way that this new fandangled army works”.