You are here: Home / Goverment / Operation “Exposure” – The Government’s statements and RCB Rebuttals 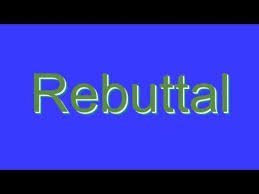 The statements provided by the Assistant Minister for Defence, the Hon. Stuart Robert MP and his Team to the House of Representatives Petitions Committee’s Canberra Hearing on 29th October 2014 are commented on and rebutted by the RCB Review Group in this document.

This is an extensive rebuttal of the Minister’s statements with 60 comments based on the evidence discovered by the RCB’s Research Team.

The response by the Petitions Committee Secretariat to our rebuttal (and that of Ken Marsh a RAAF claimant) was to advise that “it is not the Committee’s role, however, to systematically test each of these claims or counter-claims. Accordingly, the Committee does not plan to take any further action on this matter”.

Here is one example

Minister Robert: “In conclusion, the service of Rifle Company Butterworth has been reviewed comprehensively by Defence and by several independent reviews, including a review by New Zealand.
Reviews of service have found consistently that this service does not meet the essential criteria for reclassification as special overseas service or as warlike service.
The role and responsibilities of the RCB, and all evidence of the exposure to the risk of harm, support the extant peacetime classification.
At no time throughout the period 1970 to 1989 did any Australian government consider it necessary or appropriate to reconsider or change the classification of RCB or any other ADF service at RMAF Base Butterworth.”

RCB Comment 48.  “We believe we have effectively rebutted the above claims and that the time has come to rectify this injustice and to finally be honest with the Australian people about the true nature of the RCB’s role in Malaysia during the Second Malaysian Emergency (SME).
Should somehow the Government be unable to reach the fair decision alone then perhaps it will need an independent arbiter with the historical analysis skills to conduct a hearing that
is binding.”

More to be revealed in  following postings