You are here: Home / ADF / Opinion: Can Dutton Save the Army from the Generals? 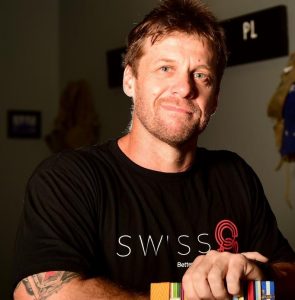 This article is from the May 3 issue of The Courier Mail Digital Edition. Justin Huggett is a former Infantry Platoon Sergeant and a Medal for Gallantry (MG) recipient

“IF YOU spend a long enough time as an enlisted soldier, you start picking up common themes that are shared within the enlisted ranks. One of the most common is the notion that the higher the rank an officer achieves, the further they lurch away from being a soldier and the closer they become to being a hoop-jumping , wannabe politician.

It’s hard to say at exactly what rank the transition from soldier to “suit” begins , but by the time you’re high enough up that chain of command, your uniform is now just a costume and you’re impersonating a soldier.

Let’s call a spade a shovel, this political correctness rot started with then-Chief of the Army David Morrison and his holier-than-thou “standards” speech after the Knights of the Jedi Council email incident, which saw six army members sacked for sharing emails about sexual exploits.

This speech and other actions later taken by Morrison sent troops the message that they should show no loyalty, no faith or trust in subordinates and declare them guilty before any proof is presented. This kind of morale-sapping political correctness from military men has potentially damaged the army to the point it may never recover.

The decision by Defence Force chief Angus Campbell to strip all Meritorious Unit Citations from about 3000 special forces soldiers who served in Afghanistan as “collective punishment” for alleged crimes uncovered by the Brereton inquiry is another example of this outrageous political correctness.

If the army is to recover though, it’s going to be because of hard-nosed men like Defence Minister Peter Dutton, Herbert MP Phillip Thompson and Assistant Defence Minister Andrew Hastie . In the last few weeks, these three men have taken it upon themselves to address our troops and reconfirm their mission; you are our country’s defenders and you are trained to kill our enemies and we have your back.

The embarrassing thing is this didn’t come from our current serving chiefs. It comes from two former soldiers and a tough old copper.

I got into my fair share of trouble as a young Digger and even as a noncommissioned officer. When that happens, you end up on the Command Sergeant Major or Regimental Sergeant Major’s “mat” with your heels together. For the uninitiated, that’s army speak for you’re about to get a good ripping that will leave you with your ears ringing.

Last month, Mr Dutton had a general standing fast on his mat, heels pressed together, and binned his abhorrent decision to strip our hero operators of citations and medals they bravely earned in Afghanistan.

In the veteran and military space, Peter Dutton just won best and fairest.

Why and how did it even get this far? How do officers end up in positions where they can make these woefully inept, morale-evaporating decisions? How is a high-ranking officer, the man in charge of the whole show, so weak of mind that he buckles to public pressure and the bleaters on the left?

Even worse he is more than willing to judge everyone by the alleged actions of a few. I’ll say that again – alleged. Nothing proven in a court.

Disbanding one of the country’s most elite fighting squadrons and blanket punishing thousands of war-fighting soldiers that have held the frontline for the last 12 years. Disgraceful.

Thank God Mr Dutton had the spine to do what his hopeless predecessor didn’t . And can you believe it, it’s taken a politician with no military background to fix a monumental military screw up.

It’s difficult to judge the true leadership abilities of commanders when bullets aren’t zipping past your face and the fear, confusion and fog of war is not assaulting and overwhelming all your senses. But when the basic concept of presuming one’s innocence until guilt is proven can’t be respected , it must call into question the competence of any leader.

I genuinely hope and pray the brilliant officers I know and served under can make it into positions of power to properly correct this ship’s course.

Mr Dutton, the enlisted men and women of the Australian Defence Force are the engine room. They do the sweating, they do the bleeding and they do the majority of the dying. Keep them happy and you’ll have a formidable fighting force.

Finally, Mr Dutton, I need to ask it. Can you give the Diggers back their skulls, their cross bones and their reapers, give them back their phantom flag? The wearing of these symbols was banned in 2018, but they are not “arrogant death symbols” . It’s just PC generals at work again.”