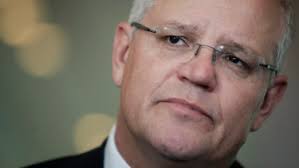 In a closed-door meeting on Wednesday 6th November , Mr Morrison met with five mothers whose sons had taken their own lives after serving in the Australian Defence Force. The mothers, three of whom lost their sons this year, shared their stories at The Daily Telegraph’s Save Our Heroes Summit after meeting the prime minister.
The prime minister told Paul Murray the “moving experience” gave him a better understanding of what could be achieved from the inquiry.

“It was a very moving experience. We were there for an hour and a quarter, and I just listened,” he said.

“It was good to get from them what they would take out of the royal commission.”

The mothers insist they will not stop fighting for a royal commission until the government acts.

A petition — started by Julie Anne Finney whose son David died earlier this year — has been signed by more than 250,000 people.

Mr Morrison said he wouldn’t rule out holding the inquiry and he would consider it along with the government’s response to a recent productivity report.

“They were aware I hadn’t ruled it out. It’s something that I am actively considering along with our response to the productivity commission along with a range of other issues … I am not one to move into those things lightly.”

A productivity commission report handed down in July called for a “fundamental reform” of Australia’s support of veterans.

It found the system of compensation and rehabilitation for former servicemen and women is out-of-date and is “not working in the best interest of veterans and their families, or the Australian community”.

Mr Morrison conceded there was more that needed to be done to better prepare servicemen and women for civilian life.

“One of the key points [the mothers] did make, and I agree with them and actually so does Defence and others, is that we have to prepare our servicemen and woman for life after service – almost from the very day they join the service. And for their sons that didn’t happen,” he told Sky News.

“That is happening now. There are changes that have been more recently introduced … So we need to make those changes, and I don’t want to slow down on the things we are doing, we need to do all of that.”

These related articles are severely critical of Defence and DVA’s culture.

RCBRG Comment. RCB veterans may want to reflect on those comments and application to their own experience in seeking recognition of their RCB service as warlike.