How does the minister and his advisors propose to defend the official position they adopt on the RCB claim when the public and mass media are alerted to the scale and duration of the deliberate deception regarding the true nature of  the RCB deployment during the Communist Insurgency?

This response is an indirect generalisation that seeks to create the impression that the big ’Government must be right’, so therefore the little RCB Review Group must be wrong. This is done by listing supposed ‘supporting departments’, and a NZ entity.

If these other agencies actually do agree with Defence, then they can do so only on the basis of the selective briefs Defence will have supplied to them, or due to their very limited involvement, not because they will have independently studied the entire RCB data.

Reference to the NZ study is an ‘own-goal’. The Butterworth element of that study is widely discredited by the NZ veterans’ community due to its near-total reliance on a single (and highly biased) person’s input to reach – unsurprisingly – almost the same conclusion as the Australian Government. There is NO Australian data in the NZ study. So how can the NZ study possibly be inferred to apply to the RCB?  Further, the NZ story only covered 1970-73 when the NZs went home, whereas the AS experience, being subject to continuing Australian Government deception actions and enemy activity post-1973, is very different. 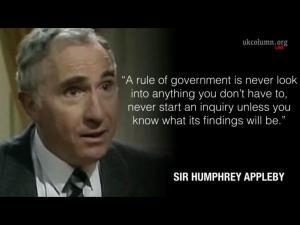