Why was Minister Billson’s determination to Grade RCB as “hazardous service” in 2006 not implemented prior to, or after, the change of government in 2007?

As a result of a number of representations on 18th September 2007 the them Minister Assisting the Minister for Defence declared that the service of Rifle Company Butterworth should be retrospectively reclassified as either hazardous or non-warlike service.

In 2009 it was found that the instruments had omitted RAAF security personnel. contained incorrect dates, omitted key references and were not registered in the Federal Register of Legislative instruments. In response to the continuing campaign conducted by ex RCB members seeking war-like service, a new review from first principles comprehensively investigated RCB service since inception, locating Government files and documents that were never considered in the 2007 review.

The 2011 review was not supportive of the classification of RCB services as anything other than peacetime service.

On 21 March 2012 the then Parliamentary Secretary for Defence recommended that the nature of all ADF service at Butterworth should remain as peacetime from 12 August 1966 to the present. A detailed explanation of this decision was provided to the Chairman of the RCB Review Group in a letter dated 19 May 2012. This decision is consistent with the long-standing Government determination that the nature of service of all ADF service at the end of confrontation is peacetime.

The Government response claims that Defence conducted a comprehensive review in 2009 (which it failed to include the RCB Review Group in), claiming to find new material not considered in their 2007 determination.  Why were we not notified and included in that Review?

Unsurprisingly, this led to the same result – non-recommendation of war-like service. The overturning of ex-Minister’s Billson’s decision, because it had not been processed, was a very opportune chance for the government (again on ‘advice’ from Defence), to ‘situate the appreciation’, therefore nullifying a Ministerial decision through an administrative fiat. This latest response to the Question again is another case of stubborn refusal to right a wrong. 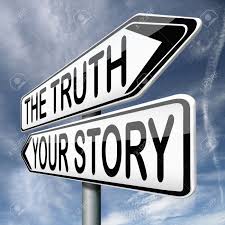