You are here: Home / Uncategorized / The Australian Editorial – When scrutiny becomes enemy of the state 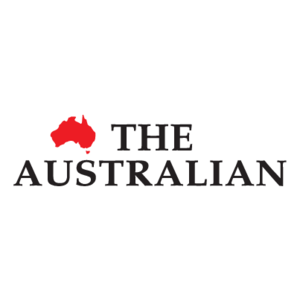 Media’s Right to Know Campaign. When the Government hides the truth from you what are they covering up?

The front pages of every major newspaper were censored this morning as part of Australia’s Right to Know campaign which is calling for greater protections for journalists and access to information.

The coalition of more than a dozen of the nation’s media companies and organisations is campaigning for change to six critical areas of law that has allowed a ‘veil of secrecy’.

The media coalition has asked the government for the right to contest warrants, exemptions from poorly crafted laws that make journalistic practice an offense, protection for public sector whistle-blowers, fewer secret documents and reform in the Freedom of Information regime. The two fundamental rights are the : RIGHT to KNOW and RIGHT to CONTEST

“If you think journalists are the people who control information, you’re in for a big surprise. Never before has the state collected more data on citizens, employed more message merchants to shape the news agenda or constructed a mighty firewall to stop information about its activities reaching the public.

In a democracy, our job is not to be a mere vehicle for the executive or bureaucracy, to use our platforms to carry official statements to a micromanaged populace. That’s what life is like in China and, as controversial as it may sound to some, that’s not the liberal, open, free country Australians want to live in.

We are in the disclosure business. Not because we are gossips, dobbers or scolds but because the task of scrutiny is necessary to make sure the state itself is not above the law.

That line — the law — is changing, often due to difficult and dangerous circumstances. But also because in a territorial game the scrutinised, as a class, always want to do their work on their own terms. Their lives are much easier if they never have to explain why taxpayer money gets wasted, they want to spy on citizens or people are locked up without cause. Ignorance has never been a solid basis for citizenship or a method to get the best out of elected governments. And their bureaucracies  Politicians and officials, whether by accident or design, have constructed a “trust us” apparatus.

But the enemy is not journalism per se. The enemy they’ve constructed is any scrutiny at all — not only do they want to keep our eyes off their actions and inactions, they ultimately don’t want you to know what they are doing.

As a news organisation we do not think we can do as we please: there are constraints of defamation, sub judice and privacy. Yet secrecy is increasingly being declared in matters that do not pose security risks but, rather, the acute embarrassment of the stuff-up or bad idea.

We want to change laws that give the custodians of state power — ministers, the heads of defence forces, security agencies and departments — the ability to do as they please and evade scrutiny. The public wants to know what’s being done in its name and expects us to step up.

Trust in institutions, including media, is falling; part of that is due to poor performance, press infighting and competition, and “gaslighting” by those who want us to stop asking questions. Our work is out in the open, around-the-clock, subject to 360-degree review by critics and competitors. Readers expect us to get to the truth

But what about the state? You can’t sack it. But you can make power better and accountable. That is the essence of our democracy. The news media plays its role when it single-mindedly pursues the truth. We want laws that promote transparency and limit the state’s tools of secrecy and control.

We trust an informed people, not governments, as the ultimate guardians of our freedoms.“