You are here: Home / Archives for Five Power DA 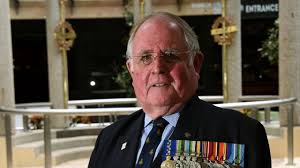 The ADF Inspector General’s report was a long time in gestation, and reveals a culture in some ADF personnel that is as bad if not worse than ….

While individuals remain responsible for the consequences of their actions, ultimate command responsibility is borne at the top of the chain.

“Ross Eastgate is a veteran and a profligate commentator on the range of issues that we confront on a daily basis. Sometimes he tests the boundaries and for this we should be thankful”.  Kel Ryan 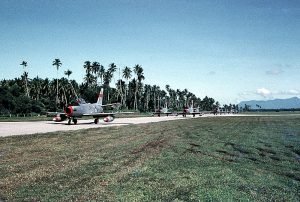 For almost two decades Australia maintained a Mirage fighter force at Butterworth in Northwest Malaysia during the 1968-89 Communist Insurgency War, or the Second Malaysian Emergency (SME). Australians at Butterworth incurred danger from hostile forces and both countries risked political embarrassment. An army rifle company that became known as Rifle Company Butterworth (RCB) was deployed to Malaysia as a Quick Reaction Force (QRF) in response to the identified terrorist threat.

Permanent deployment of foreign forces within its borders was inconsistent with Malaysia’s non-aligned foreign policy. The Royal Australian Air Force (RAAF) presence was accepted as a necessity because of Malaysia’s lack of air defence capacity.

The Five Power Defence Arrangements (FPDA),  which allowed the RAAF presence, did not include a permanent army company, this being agreed to later.

Political sensitivity meant the deployment’s real purpose was hidden from the Australian public. Almost fifty years later the Australian Department of Defence still denies the facts of this deployment and the serious threat posed by the SME thus denying Butterworth veterans their proper recognition and entitlements.

Previously classified high-level security documents accessed from the National Archives of Australia reveal the concerns held by Australia’s senior Defence officials and show the secrecy surrounding the deployment of the RCB.

This paper by Ken Marsh reviews the SME, the development of the FPDA and associated Integrated Air Defence System (IADS). It discusses the military and political risk associated with the Australian commitment to Malaysia and makes the case for warlike service recognition for Butterworth veterans.

Australia’s commitment to the FPDA incurred political and military risk from a resurgent communist insurgency. Additional security measures were implemented to protect the Mirage squadrons and Australian personnel at Butterworth as the communist threat intensified. These included the permanent deployment of an Australian Army infantry company as a quick reaction force. Owing to political sensitivities at the time the real purpose of the deployment was hidden under a pretense of training. While the Base was never attacked, possibly owing to the company’s deterrent effect, the fact remains that personnel at Butterworth and their dependents incurred danger from the communist terrorist organisation. Based on available evidence, and contrary to Defence Department claims, Butterworth operated under warlike service conditions and veterans from the era are deserving of such recognition.

Ken’s article is published in SABRETACHE: the journal of the Military Collectors Society of Australia vol. LXI, no. 3 – September 2020