You are here: Home / Archives for Independent Inquiry

The National Media’s Right to Know Campaign provides us with the opportunity to take advantage of their promotions particularly our exposure of the Government’s denial to allow us the fundamental right to contest their classification of RCB service as peacetime service, similar to garrison duty in Australia. RCB service met the criteria for warlike service.

In theory that right exists but after 13 years of lived experience with the Defence Department’s complaints process we assert it as unjust and has involved breaches in the Prime Ministers Ministerial Standards and the Public Service codes of ethics and conduct.

Our detailed research has discovered evidence that challenges the Government’s RCB decision, exposes the falseness of their reliance on stated external reviews that together has revealed a deception to deny RCB service as warlike.

We conclude:
1. The RCB deployment was warlike because it met the criteria for warlike service.
2. The costs of a warlike service entitlements was a major factor in denying RCB warlike service.
3. The process was unjust by denying us proper process, transparency, personal meetings with Defence (NOSB staff) and access to third party mediation.

When Government hides the truth from you, what are they covering up? 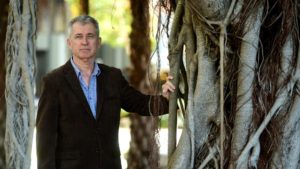 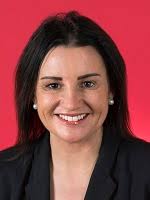 Following, a recent briefing by Ted Chitham on Rifle Company Butterworth (RCB) troops’ claim for recognition of its service as warlike, Jacqui Lambie has agreed to support them.

Warlike service provides qualifying service for troops under the Veterans’ Entitlements Act (VEA) with access to repatriation benefits. In the period of RCB’s defence deployment (1970 to 1989) 9,000 troops were deployed

The deployment of a combat infantry company (RCB) was approved by the Australian Government in 1969 to protect (defend) the RAAF’s fighter assets including the Integrated Air Defence System (IADS) at Air Base Butterworth (ABB). Both were and still are vital facilities in fulfilling our South East Asia strategic international treaty obligations in Malaysia: a country that was engaged in an Insurgency War (1968 -1989) against communist terrorists who were being supported by both China and Vietnam.

Butterworth was also the Malaysian Armed Forces (MAF) forward operational air base from which they conducted offensive air and ground operations against its insurgent enemy in Northern Malaysia. The ABB was a potential target for enemy counter actions hence the need for an Australian combat force (RCB) as a deterrent and capable of achieving its mission.

The evidentiary facts discovered by the RCB Review Group researchers from both the Australian and the Malaysian Governments’ own records proves that RCB’s operational deployment was warlike and not as publicised deceptively by Defence for training purposes with the MAF.

Despite those facts being checkable and immutable the Government maintains its decision that RCB service was peacetime and similar to garrison duty in Australia.

After 12 years of experience in challenging the Government’s decision through its grievance process we have lost trust in Minister Chester and his Defence staff advisors to justly consider our evidence and we contend that there are breaches in the Prime Minister’s Ministerial Standards and the Public Service Codes of Conduct and Ethics.

We call upon the Prime Minister to appoint an “independent of government” e,g, a sitting magistrate public inquiry.

We sincerely thank Senator Jacqui Lambie specifically for her support to our RCB veterans and their families, and generally for her advocacy as the veterans’ voice in Parliament.

JOIN THE ACTION
Become A Supporter